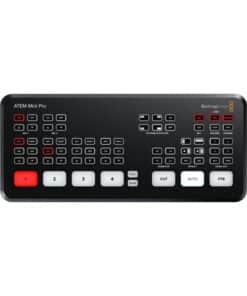 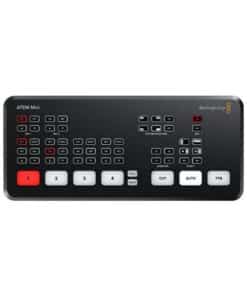 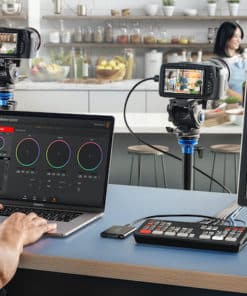 The Blackmagic Design ATEM Mini Pro ISO takes the great features of the Mini Pro and adds the ability to record all 4 inputs. This feature is super useful for going back and creating a more polished version of the live stream to edit and upload later.

An example of where this would be useful is a multi-camera livestream of a church service with a kids performance. Say that church wants to post that cute performance on social media for the families to view again later, they don’t have to just upload the portion from the livestream. They can take that camera footage, edit it, and make a more polished video.

ATEM Mini switchers make it easy to create professional multi camera productions for live streaming to YouTube and innovative business presentations using Skype or Zoom! Simply connect ATEM Mini and you can switch live between 4 high quality video camera inputs for dramatically better quality images. Or connect a computer for PowerPoint slides or gaming consoles. The built in DVE allows exciting picture in picture effects, perfect for commentary! There are loads of video effects too! All ATEM Mini models have USB that works like a webcam so you can use any streaming software while the ATEM Mini Pro model adds live streaming and recording to USB disks. ATEM Mini even has secret broadcast features built in so it can do high end work!

Live production is the fastest way to complete a finished program, plus you can stream it to a live global audience via YouTube at the same time. The USB webcam output of ATEM Mini connects to any computer and looks just like a built in webcam, so all streaming software for social media platforms work! With up to 4 HDMI inputs you can set up multiple camera angles such as wide shots along with independent close ups of each person in the performance. Or you can connect to a computer with a PowerPoint slide show, video clip playback, websites or gaming consoles. All switching is in real time so you can live stream to any social media platform such as YouTube, Facebook, TwitchTV and many more!

ATEM Mini’s compact all in one design includes both a control panel as well as connections. The front panel includes easy to use buttons for selecting sources, video effects and transitions. The source buttons are large so it’s possible to use it by feel, letting the presenter do the switching! You even get buttons for audio mixing! On the ATEM Mini Pro model you also get buttons for record and streaming control as well as output selection buttons that let you change the video output between cameras, program and multiview. On the rear panel there are HDMI connections for cameras or computers, extra microphone inputs, USB for webcam out plus an HDMI “aux” output for program video.

Easy to Use and Fast to Learn!

There’s never been a switcher that’s easier to use, as you simply press any of the input buttons labelled 1 to 4 on the front panel to cut between video sources. You can choose between cut or effects transitions by selecting the cut or auto buttons. Unlike cut, the auto button tells ATEM Mini to use a video effect when switching inputs. You can select from exciting transitions such as dissolve, or more dramatic effects such as dip to color, DVE squeeze and DVE push. The DVE is perfect for picture in picture effects and you can instantly set up different picture positions. There is even a still store for titles and graphics accessible via external software control.

DVE for Picture in Picture,Transitions and Effects

One of the most exciting features on ATEM Mini is the digital video effects processor, commonly referred to as a “DVE”, that allows picture in picture effects and crazy DVE transitions! The DVE lets you create professional picture in picture effects with customizable 3D borders, shadows and lighting. The image quality is the same as high end ATEM switcher models and the DVE supports position, resize and scale, all in real time. The DVE can also be used to create amazing transitions with 16 different DVE squeeze and DVE push effects for adding excitement to your programming. The DVE features a “fly key” so you can use it with custom graphics to create graphic wipe transitions!

Broadcast worship services via the internet!

ATEM Mini makes it possible for congregations of all sizes to spread their message by recording broadcast quality television programs. That’s because it’s the first live production switcher that a volunteer from the congregation can use! It’s affordable so even the smallest congregation can use video to engage with their community. Simply connect HDMI cameras for shots of the minister and congregation, then connect a mic for the minister and you are ready to start recording. You don’t have to have a big budget or a huge staff! Although you can reach a global audience by streaming and uploading the video, you can also set up previous sermons for playback on a projector at other times. 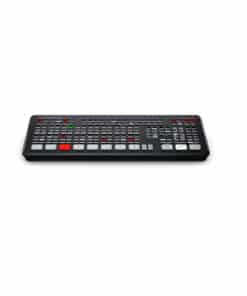 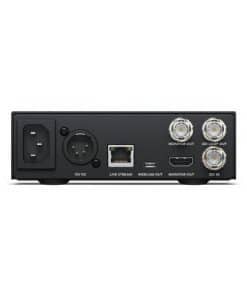 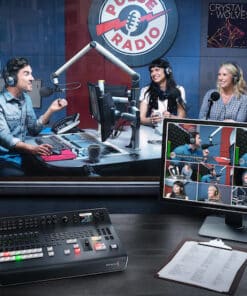 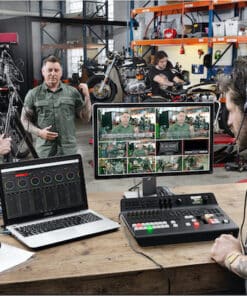 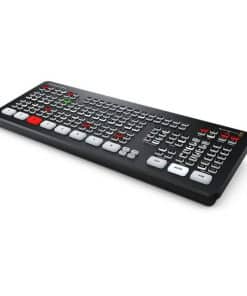 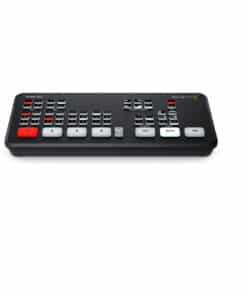 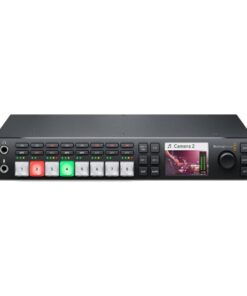